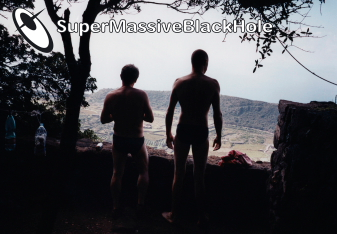 “Being queer is not about a right to privacy; it is about the freedom to be public, to just be who we are.”
Queers Read This

The use of the word ‘queer’ to describe a spectrum of experience beyond the hetero-normative binaries of male / female or gay / straight has its roots in the distribution of a flier at the Pride March in New York City in June 1990. Entitled Queers Read This, the anonymously authored pamphlet was much more than cry to reclaim a hate-infused insult. The text called for queer people to remain vigilant about their rights to express themselves fully in the everyday. Key to this is the ability of queer artists to be able to unapologetically create work that reflects the diversity of personal, social, political and cultural experiences, and for this work to be seen freely by others.

In 2013 legislation in over 70 countries around the world, in nations as diverse as Russia, India, Uganda, Singapore and Jamaica, punishes lesbian, gay, bisexual and trans* people for no more than being who they are: for being queer. The ways in which this takes place includes lifelong imprisonment, hard labour, torture, fines, forced psychiatric treatment and death by public stoning. While more ‘liberal’ countries may not inflict homophobia in such overtly inhumane ways, contempt, prejudice and violence are regularly and insidiously inflicted upon queer people through institutions such as education, marriage, healthcare, family, religion, news media and entertainment, and can impact upon lives just as profoundly.

To photograph is to tell and to show. The work by the artists presented in this Queer Times issue of SuperMassiveBlackHole presents a range of perspectives and narratives that quietly, loudly, playfully or directly point out that queer people have a right to be looked at and to be heard. These photographs may or may not be rooted in dissent or acts of defiance but collectively they speak out about how to be queer is to be diverse and to strike chords that sometimes chime in unison, sometimes in discord. They remind us that indeed we do live in queer times, and that underpinning the need to reclaim is a vital and continued necessity to take back more than just words.