The use of photography to memorialise the death of a relative was widely practiced in the early history of the medium. Post-mortem portraits, documentation of funeral parties, images of grief-stricken mourners and photographic displays embellished with personal items such as a lock of hair or a piece of fabric were created to commemorate the end of the individual’s life. These remembrance objects also provided a momento mori for the relations and friends of the deceased, and were circulated for display in the home, in family albums or to be worn on the body as jewellery.

It now seems that death is no longer considered suitable for the idealised compositions of family photography. The contemporary social construction of mourning appears to disavow equivalents to these Victorian photographic practices. These days ‘death photography’ is often regarded as an outmoded expression of grief and misunderstood as pathological. However, as the anthropologist Jay Ruby has noted: “the custom of photographing corpse, funerals and mourners is as old as photography itself… while some believe it was a morbid nineteenth century custom no longer practiced, many funeral directors and professional photographers can testify to its continuance.” Photographing the death of a family member is much more likely to occur than is commonly acknowledged or displayed in public.

In 2007 André Penteado received news of the suicide of his 72-year old father. The London-based photographer immediately travelled home to Sao Paulo in Brazil to mourn with his family and pack up his father’s belongings. After photographing his experience of the funeral and making post-mortem portraits of his dad’s corpse, Penteado decided to take all of his father’s clothing to a studio to create self-portraits with the support of a friend. Who, or what, are we invited to consider when looking at this body of work? 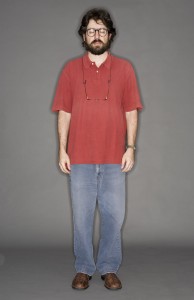 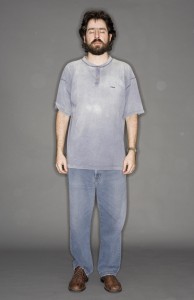 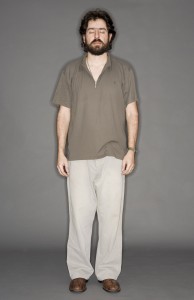 In each of the 57 photographs that make up Dad’s Clothes the artist is depicted against a grey backdrop wearing various outfits assembled from his father’s wardrobe. The colour of this background might be interpreted as a reference to the stainless steel of a mortuary workbench or a cemetery stone slab. This post-mortem association is further enhanced by the use of ring flash equipment to illuminate the images. The lighting effect renders the artist’s skin the pallor of a corpse and casts a neat shadow around his body, outlining his physical presence as an aura might. This spiritualist impression is further evoked in many of the images in which specs of dust flare translucently as if they were white floating rounds of ectoplasm. Penteado’s closed eyes appear as if their lids were gently dragged shut just moments before the photographs were exposed. However, to view Dad’s Clothes merely as an interpretation of a likeness of death is to miss the point of a process-based work that shakes up the conventions of family photography and prompts us to consider a renegotiation of the dimensions of self-portraiture.

The self-portrait is most often used as an exploration, assertion or deconstruction of the subjectivity of an identity, physiology or psychology of an individual. Many artists interpret this ‘self’ through the presentation of staged imagery created in relation to a range of issues shaped by the social, domestic, cultural or political spheres. Recent practitioners  who have produced significant bodies of photographic work in this genre – following on from a lineage of the likes of Claude Cahun, John Coplans and Cindy Sherman – include artists such as Elina Brotherus, Corinne Day, Leigh Le Dare, Trish Morrissey, Danny Treacy and Gillian Wearing. What distinguishes André Penteado’s Dad’s Clothes however, is the use of the self-portrait as a performative site of remembrance and projection of another ‘self’; that of his father and the memorialisation of the event of his death. 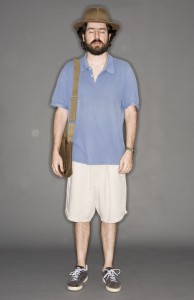 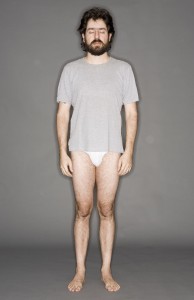 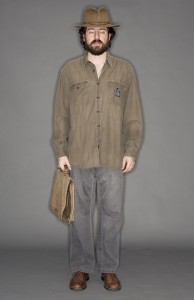 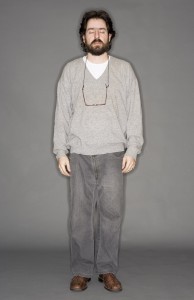 In this sense Penteado’s practice echoes elements of the process-based ‘phototherapy’ work of Jo Spence and Rosy Martin conducted in the late 1980s (and further developed by Martin after the death of Spence in 1992). Spence and Martin saw photography as a powerful tool for dismantling familial trauma by deconstructing and reconstructing imagery from the family album. Penteado has said that using photography to respond to the death of his father through Dad’s Clothes and the other bodies of work he has created in relation to his father’s death – including Dad’s Funeral, Dad’s Hangers, The Year Dad Died, and I am not alone – have all been part of “an important process of recovery”.

André Penteado’s Dad’s Clothes is perhaps best looked at not just a series of self-portraits displaying the material that once clothed the body of his father but the trace of a process undertaken as a way to come to terms with grief. The artist has said of making this work that it was “the only way I had to get close to him again, to hug him for the last time… to create the last portraits I made of my dad.” As an elegy to the artist’s dead father Dad’s Clothes is at once a contemporary take on mourning photography and a momento mori for the rigid codification of how we photograph the family.